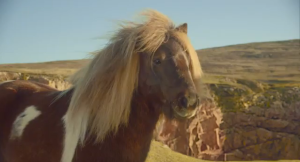 “LANDSLIDE” has its own Wikipedia Page!

Interview with Director of the Top Rated Ad

More Proof that Stevie Nicks is the QUEEN of ROCK

Icon Stevie Nicks recorded some of the most famous music in rock with Fleetwood Mac at Sound City. “When we moved to Los Angeles in 1971, we lived with our producer Keith Olsen, and he was the one that ordered that board and customized that board. He is like the dad of that board,” she told HuffPost. When asked about her own documentary, she said, “I’m going back into Fleetwood Mac, and it’s like the Volturi is coming for me. I don’t love being filmed, and I don’t love all the stuff you have to think about instead of thinking about your music. I don’t love the whole vanity thing, it bugs me. I’d never want to be a movie star.”