That’s me she’s holding…and that’s the top of my head in the foreground…swoon. 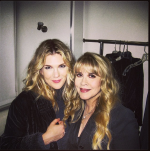 On the set of “Coven”

Look at their faces. Joy.

Premiere of IYD in London

“Fleetwood Mac guitarist Lindsey Buckingham recently stated that the band could be back for a tour and perhaps even a new album next year. After Stevie Nicks’ outstanding performance at the Pavilion on Monday one can be sure that she’ll certainly be ready for the call.” ~ Kevin McSheffrey (Boston Music Spotlight)

“Ms. Nicks is a woman who can put on a black shawl, raise her arms and spin, and the audience roars. Whatever that is, it’s very powerful.” ~ Ben Ratliff (New York Times)

“There’s no one that can take my place,” she sang with fists shaking in “Outside the Rain,” and it wasn’t desperation she was expressing. It was total confidence. ~ Mikael Wood (Los Angeles Times)

“People have latched on to my look because I’ve never changed it,” she said. “You open a magazine and you say, ‘Oh, Marc Jacobs is definitely doing the Stevie Nicks handkerchief skirt and riding jacket and top hat and scarf,’ because that’s what I wore then, and I still wear it now.”

Stevie Nicks ‘In her own words’ ~ Writing ‘Landslide’ 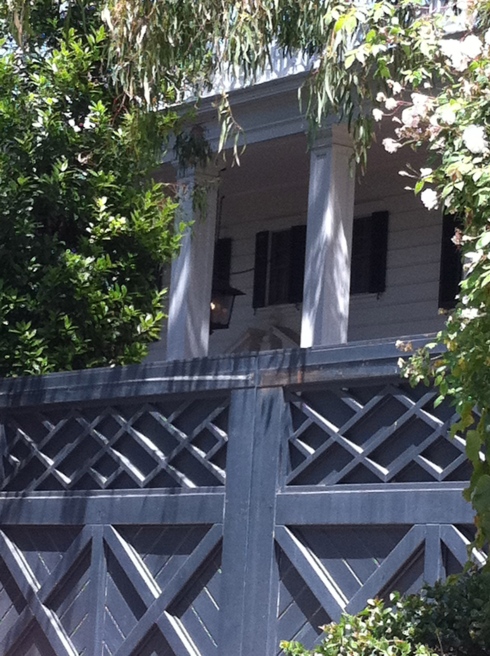 I’d like to live one floor above Stevie and now somebody can…Larry Hagman’s estate has listed his condo for sale…Look here (all it needs is a total gut renovation).

Promo for Stevie’s New Album, ‘In Your Dreams’

Watch this Pre-MTV video (Edge of 17) with Drama Stevie acting! This must be a rare video.

Here are some old and new newspaper and magazine clippings of the fabulous Ms. Nicks: