For Union Families, a Loss of Value Beyond Bank Accounts

For union families, a loss of value beyond bank accounts – The Washington Post. 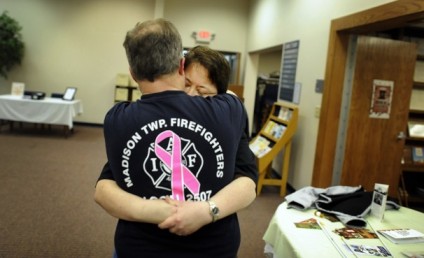 Terrible loss of value. These people save lives and teach our children. They did not cause the recession-Wall Street and the Banking Industry did.

The Bush-era tax cuts for the wealthy have caused 2/3 of the current deficit. Stop it!!!!

Is Obama aiming to hike taxes on ‘small business’? – The Fact Checker – The Washington Post.

The result, according to the Joint Committee on Taxation, is that only 3 percent of all “small businesses” paying taxes would be affected by Obama’s plan to lift marginal tax rates on families making more than $250,000 and individuals making more than $200,000. (See page 25 of the JCT report.) That group — about 750,000 taxpayers — accounts for 50 percent of the estimated $1 trillion in business income reported in 2011. The other 97 percent of “small businesses” shared the rest — and under Obama’s plan, they would get to keep their Bush-era tax cuts.

Georgetown Student Faces a Step Up or a Boot Out

Georgetown student faces a step up or a boot out – The Washington Post.

Some Undocumented Workers Pay U.S. Taxes ~ Trying to Follow The Law With Hope of Gaining Citizenship

Many pay social security taxes, FICA, and income taxes without ever receiving any benefit. Taxation without representation. This is definitely a revenue source within the U.S. budget. Unfair. Reform immigration law and pass the Dream Act.

It’s Not Really About Spending – NYTimes.com.

Ryan’s proposal isn’t a budget. It’s a manifesto for the anti-tax cause.

Gov. Patrick’s daughter is openly gay and the Governor is on the right side of history.

Barack Obama Announces His Candidacy for 2012